← more from
Intakt Records
Get fresh music recommendations delivered to your inbox every Friday. 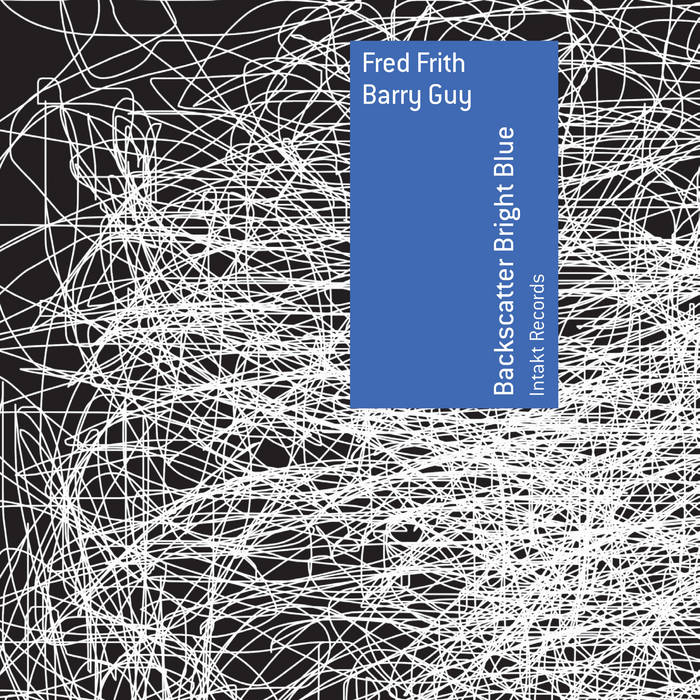 Electric guitar and the amplified acoustic bass – two distinctive sound generators capable of creating a picture of almost symphonic dimensions. Intakt Records' inspirational director Patrik Landolt had a feel about the outcome and brought us into the studio of Willy Strehler in Switzerland to fulfill a long standing ambition to record an album of music together.
Never having performed on the same stage, we created a music which is syllogistic in the sense that the end product is drawn from two very different musical lives each reflecting our own history.
But with the medium of improvisation being collaborative, the conclusion was an eventful working out of possibilities, both of us intently "listening in" to the other's sound world and extending our own techniques to create surprising new colours. This recording experience represented a warm symbiotic encounter even with the result that each of us independently suggested the poet Robert Lax as the generator for track titles. A surprising but confirmational pointer to where the music had led us.
Barry Guy, 2014

The excitement I felt when Patrik first suggested this recording goes back all the way to my first steps in the world of free improvisation in the late 1960s and early 1970s. In a way it began with the first solo release by Barre Phillips – Unaccompanied Barre – which reimagined the double bass as a sound source of infinite potential. More than anything else
I heard at the time, this record committed me to improvisation, and opened my ears to what the electric guitar could become.
A few years later I found myself sharing the stage with two players who were already considered icons of British improvised music, Paul Rutherford and Barry Guy, performing for 10 minutes as part of a benefit concert at The Roundhouse in Chalk Farm. Barry has forgotten all about this gig I'm happy to say. I remember being overwhelmed, painfully aware of my limitations, lacking the resources necessary to be able to communicate at this level. It was a tough but useful lesson.
Since then I've paid careful attention to Barry's music, whether orchestral creations, graphic scores, or many-faceted bass performances. Nearly 40 years after that London concert,
the vagaries of our personal histories found us both resident in Switzerland for a while, and after crossing paths here and there this recording "moment" felt inevitable. Now I'm looking forward to more.
Fred Frith, 2014